Mustafa Genc graduated from the Marmara University School of Law in Istanbul, Turkey, in 1997. Until 2004, he practiced in various areas of Turkish law in civil and criminal litigation, representing clients on all tiers of the Turkish court system and defending hundreds of lawsuits. In 2004, Mustafa founded the Genc Law Office with two partners in Istanbul, which continues to represent clients across Turkey. Broadening the scope of his practice, he moved to the United States in 2007 while volunteering at the Turkish American Society of Chicago for their immigration law needs. In 2017, he was admitted to the bar in the State of Illinois.

Mr. Genc joined the Concept Schools family in 2009 and currently serves as the Chief Legal Officer, providing strategies on major legal issues and ensuring regulatory compliance. He has dedicated his multicultural and broad experience in the legal field to the Concept Schools' mission of enhancing educational opportunities for underserved student populations.

Mr. Genc and his family of four have been Istanbulite-Chicagoans since 2007. 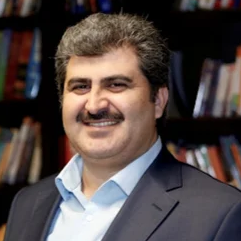